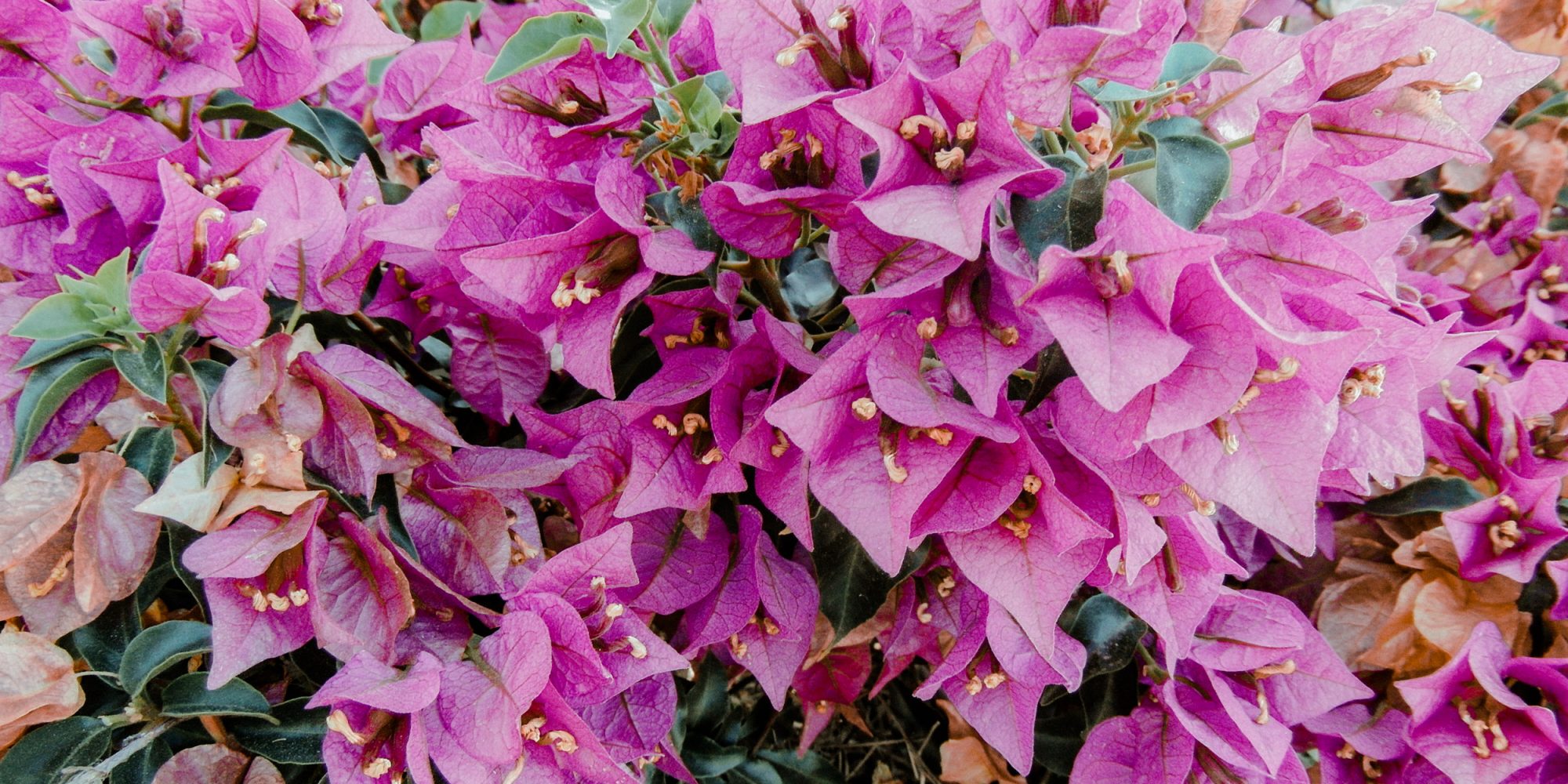 Myth and legend hides around every corner in Cyprus… as do the local Cypriot goats. Whilst the island is filled with Greek and Turkish influence, Cyprus has a strong identity of its own. Sitting in the far Eastern corner of the glittering Mediterranean Sea, it’s as close to Asia as it is other European countries.

It’s hard to talk of Cyprus without drawing attention to it’s North/South divide. Cyprus has had a tumultuous history. With invasions from many other nations across it’s history.

It’s currently in a complex situation, with conflict between Turkish Cypriots in the North and Greek Cypriots in the South. With a disagreement in place, the island has essentially been divided into two. With the ability for Cypriots to more freely cross the borders only being introduced in 2003.

Public transport is not readily available for all sights and beaches, so hiring a car will likely be more worthwhile and cheaper than being dependent on taxis or being restricted by tours. Airport shuttles are available, and electric hire cars are starting to become more prominent too, with more recharging stations.

There are a number of blue lagoons around the world, and the Cypriot one does not disappoint. It sits on the northwest peninsula, a few miles along the coast from Polis. Although accessible by road, it’s best to visit by boat as the roads are not sealed.

Latsi (Latchi) harbour has a number of boat tours for you to jump on. Whether you want to hire a boat yourself, or hop on a glass bottom boat tour, there are plenty of ways to explore the water.

There’s a small reef here, full of rainbow wrasse and darting blue damsel fish, so bring a snorkel if you can! The water of course has that typical Mediterranean sheen, and glitters in shades of turquoise and cyan. Even swimming over the sand felt magical, let alone the reef.

Greek mythology lingers in the natural features of Cyprus. Adonis falls, as legend says, was visited by Adonis (god of beauty and desire) and Aphrodite (Goddess of love, beauty and passion). The entrance is a little touristy, but it’s a beautiful pool and waterfall nonetheless. If you’re heading here by car, for the love of Adonis, take care on the road down. Not ideal for the fainthearted or an inexperienced driver!

The Mediterranean diet is widely valued as one of the healthiest in the world. Olive oil, spices, lemon, goats cheese, local meats and fresh vegetables are popular ingredients incorporated together to create an array of richly tasting, and refreshing dishes. With starters like grilled halloumi cheese and main dishes like Stifado, a spiced stew full of hearty vegetables and beef. A wide range of dishes incorporate pulses and vegetables, whilst meat dishes like Stifado are popular, it’s definitely possible to enjoy plenty of Cypriot dishes which are completely plant-based. Falafel, hummus, Kolokithokeftedes (deep fried balls of shredded vegetables), Fasolada and Louvi (both bean dishes) are all popular additions on meze boards.

Restaurants are mostly taverna style, with outdoor seating and wooden frames coated in vines and citrus fruits. Don’t be surprised if a few friendly cats join you, eyes wide and hoping for a few scraps. And don’t be surprised if you’re endowed in port by the friendly restaurateurs either…

4. Embrace Greek Mythology and the Legend of Aphrodite

A trip to Cyprus wouldn’t be complete without delving into Greek Mythology. Visit the baths of Aphrodite near Polis, or the birthplace of Aphrodite (Petra tou Romiou) a short distance along the coastline from Paphos. Aphrodite was supposedly born at this imposing rock formation, but was said to have bathed in these cool, crystal clear pools tucked in the hillside near Polis.

After admiring the humble pool… make your way back onto the main walking track near the baths and head along the nature trail for beautiful vistas out to Crysochous bay and its glowing, blue sea. Skittering lizards rustle in the undergrowth and the air is filled with the scent of myrtle, thyme and sunbaked carob trees.

Mediterranean flora is pretty spectacular, and Cyprus is no different in its offering. Laneways and country roads around villages are dotted with huge clumps of cacti, and bougainvillea practically spills onto the roadside.

Dusty tracks lead to small homesteads, farms and orchards, with trees bursting with lemons and limes and chickens scratching the earth looking for insects. Early evening is the perfect time to wander, with a cooler temperature and the sound of cicadas carrying on the air.

Whether you hike into Avakas Gorge or find a route that takes you through Paphos Forest. There is plenty to explore and take in.

Agios Neophytos Monastery | This beautiful Monastery is tucked away into a valley in the hills above Paphos. It was initially started by a monk called Neophytos, who inhabited a cave and began to develop it into a hermitage. He slowly gained a small following, and the monastery grew into what it is today. The skull of Neophytos is actually on display, and visitors can kiss this as a sign of respect, or to bless their lives, if they wish…

Kykkos Monastery | If you’re able to venture a little further afield, head into Paphos Forest and up into the Troodos mountains to the Kykkos Monastery. With beautiful frescoes, and intricate and ornate golden interiors. It’s possible to drive, but due to it’s high location at the peak of a mountain, hopping on a tour could be a safer option.

Make sure to dress modestly, or at least have a sarong or scarf which you can use to cover your shoulders and knees. Entry might not be allowed otherwise!

7. Tombs of the Kings

An UNESCO World Heritage site, the Tombs of the Kings is an incredibly impressive archaeological site.

Although the name suggests otherwise, no burials within the tombs are those of royalty. Instead it is believed that most occupants were aristocratic and of a high status in local society.

The site dates back to the 4th century BC. Which is staggering. Walking between columns and down into the carved out spaces was a humbling experience.

Make sure to take suncream and water as the site is very exposed unless you’re wandering into the tombs themselves.

The entrance fee is a mere 2.50 euros, which is a small price to pay to witness such a huge amount of history and archaleogical magnificence.

Containing ruins from most of the major structures from the ancient city of Paphos; From Roman villas to a Roman Odeon. As well as impressive structures, you’ll also find delicate and intricately beautiful mosaics depicting Greek Mythology and ancient life in Cyprus. With an entrance fee of 4.50 euros, again, it’s well worth a visit!

Western Cyprus has a selection of beautiful beaches for you to choose from. From Polis and Latsi Beach in the far Northwest, to Coral Bay and Petra tou Romiou (Aphrodites Rock). The beaches of Polis are mostly shingle based, so if one day you find yourself pining for sand between your toes, Coral bay is a short drive south, back in the direction of Paphos.

For wildlife spotting, and the slightly more adventurous, a dusty road can be taken down to Lara Beach which has a large number of turtle nest sites. Female loggerhead and green turtles will appear during the night from March to June to lay their eggs, with the tiny hatchlings appearing in July to September!

These turtles are endangered, and local conservation projects have implemented lots of protection measures. But make sure to not disturb turtles, whether visiting night or day. 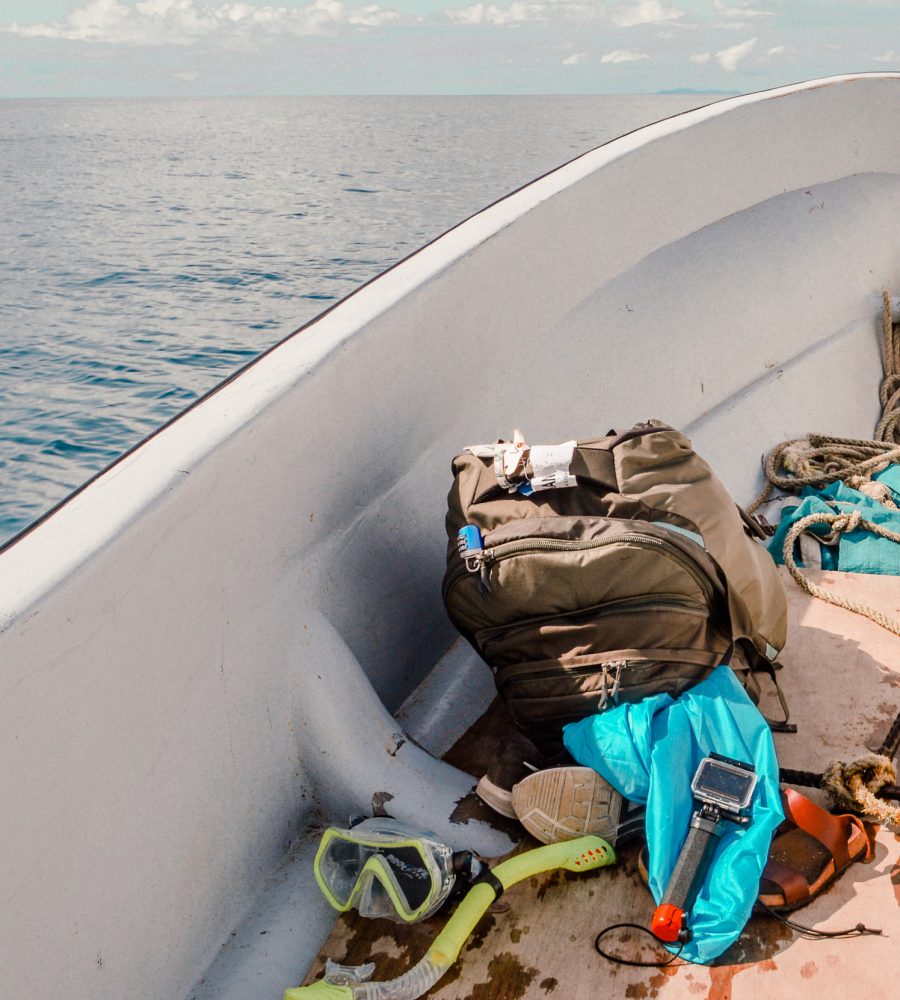 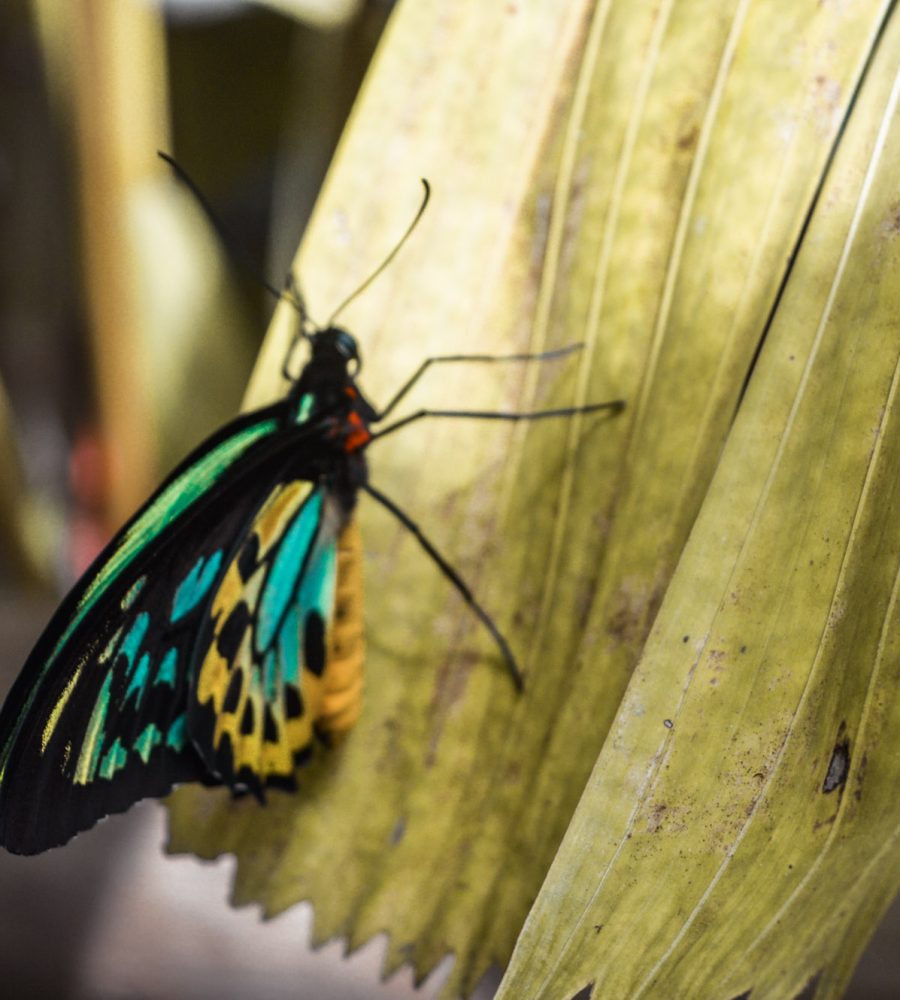 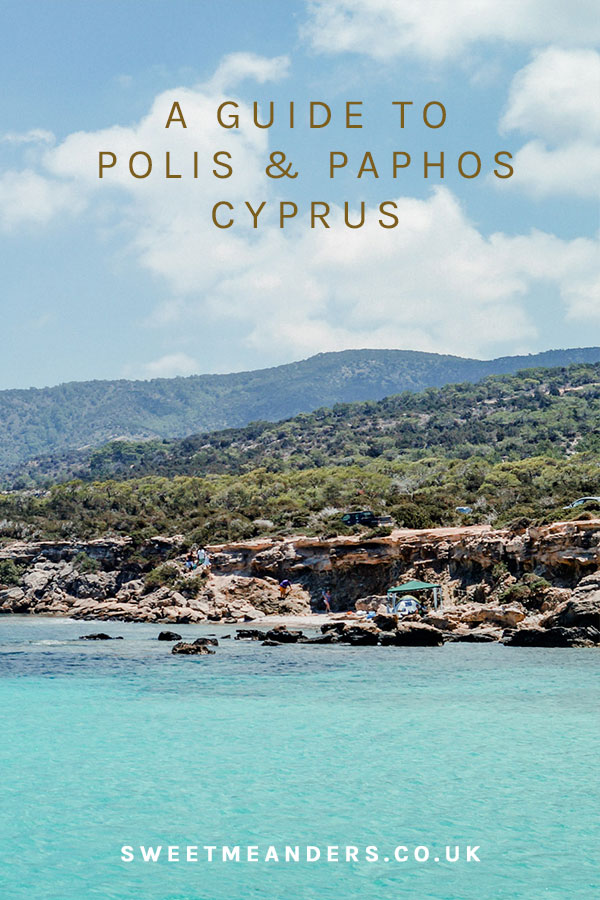